What is Blockchain Development & Its Process? A Complete Guide for Business Owners

Here is a beginner-level definition of Blockchain: Blockchain is termed colloquially as an unchangeable ledger facilitating transactional recording and asset tracking in businesses. According to Statista, worldwide blockchain spending would grow up to 19 billion U.S dollars by the year 2024, compared to its growth of 4.5 billion U.S dollars as of 2020. Every asset is bound to have its own form- intangible ones such as patents, copyrights, and intellectual property or tangible- a house, land, or car. With Blockchain, you have the freedom to track and trade anything of value on a blockchain network. This would reduce risk and cut costs for every business.

Why Do Businesses Thrive on Blockchain?

The backbone of any business is the information it relies upon. The speed at which the companies receive the information, along with accuracy factors determines how businesses can progress on the jibboom. If not for the information businesses receive, there are fewer chances of progress. Blockchain has the ability to transfer information, thanks to its transparent information accessible by only trusted network members. Track your payments, orders, and production seamlessly. Since members are tied together with a single source of truth, they wouldn’t hit a snag when they have to look into the details of end-to-end transactions. Gain better confidence powered by stronger defiant of opportunities.

How Does Blockchain Work?

To put it in simple words, Blockchain is a 6 stage process: 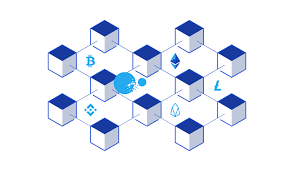 A Blockchain developer would be writing smart contracts. Those are programs developed especially for the Blockchain running on the Blockchain nodes. Devices and apps leveraging Blockchain technology would be running on a slightly varied, decentralized internet version known as Web3. Once the process is done, the development stages would commence, and finally, it would reach the customer.

There are certain terminologies you need to remember when it comes to Blockchain development. Here are a few of them:

A participant wouldn’t be able to play around with a transaction after the recording is done and shared across the ledger. You can record the transaction only once while eliminating the effort duplication that happens regularly in every traditional business
network.

Blockchain data blocks are usually stored on nodes. The storage units you use to keep track of the data are up-to-date. A node would be in a position to determine the changes in the block since the time it has been added. When the full node would join the blockchain network, it would go on and replicate the copy of every block on the chain. After synchronizing with different nodes and becoming compatible with the new blockchain version, it would receive the new blocks, similar to other nodes.

For hastening the transaction, leverage a set of rules known as a smart contract. These are stored across the blockchain and the execution takes place automatically. With a smart contract, you can emulate the way you communicate through the predefined condition.

Every network participants have uninterrupted access to the distributed ledger as well as its immutable transactional records. This shared ledger allows you to record the transaction only once while reducing your efforts to duplicate the record which happens regularly in every business network.

Blockchain development isn’t rocket science. But still, to build a seamless blockchain product, you need to clearly plan and strategize at each stage of the development process. These are the stages involved:

Developers often struggle with niche selection during blockchain development. The niche must be in a position to provide a trustworthy platform to execute the creative application of blockchain technology for deriving the right value. This shows that distributed ledger technology would be applicable to every industry such as banking, insurance, and intellectual property rights.

Are you planning to continue blockchain development using Ethereum or Ardor or Bitcoin RSK? Analyze both the pros and cons. For example, Ethereum is the best option for experienced developers. On the other hand, the technical community of RSK helps even beginners to start coding. As for Ardor, it’s suitable to experiment with different concepts such as child chain. It’s up to you to decide which platform would fit your current needs.

Developers faced a huge ordeal earlier since it wasn’t an easy pie to build a blockchain proof-of-concept within a short span of time. Since the advent of new, advanced tools such as Hyperledger Composer, business analysts have been able to build the prototype of blockchain within a few minutes. This doesn’t demand any coding skills. The proof-of-concept method allows developers to showcase their practicality through blockchain projects. It can be a prototype or a theoretical blueprint involving various stages.

Hyperledger Fabric allows developers to create permissioned networks where data sharing happens on a need-to-know basis. The community is also overgrowing and well-developed. It’s always of the best concern to test the business case assumptions and discuss practical concerns at this stage of prototype development.

Any developer would be judged based on their knowledge of Blockchain development tools. These are the most famous blockchain tools in 2022:

Solidity: This object-oriented, high-level programming language is meant to implement smart contracts. One of the most common languages blockchain developers uses, with an objective to target the Ethereum Virtual Machine (EVM).

Blockchain-as-a-Service: It’s not easy for any business to implement an end-to-end blockchain solution. Hence companies came up with the concept of BaaS. This allows you to make use of cloud-based solutions to host, build, and leverage custom-made smart contracts, Blockchain apps, and other functions. We have plenty of BaaS service providers such as Amazon (AWS Amplify), SAP, and Microsoft (Azure).

Geth: This Ethereum node implementation has been built with the help of the Go programming language. When you connect it to the Ethereum main net, it simplifies things further.

Mist: Mist is nothing but a concept browser connecting you directly to the Ethereum blockchain. This makes use of p2p file transfer for accessing Dapps. With this official Ethereum wallet, you need a designated place to store the Ether tokens and execute the smart contracts.

Solc: The primary purpose of the Solidity command-line compiler is to convert Solidity scripts into a simplified readable format meant for the Ethereum Virtual Machine. It’s of two types- Solc, which is coded using C++, and Solc-js which uses Emscripten for cross-compiling from the Solc source code, right from C++ to JavaScript.

Truffle: It’s a top-notch development environment and also a commonly used testing framework and asset pipeline for blockchains with the use of Ethereum Virtual Machine (EVM). This Ethereum Blockchain framework aims at creating a development environment to develop Ethereum-oriented apps. It can easily perform automated contract testing with the help of Chai and Mocha.

Blockchain Testnet: This tool allows you to test dApps before they go live. Each of them consists of its own Testnet- be it Private Test, Public Test, or GanacheCLI. This helps you catch hold of errors and bugs without burning a hole in your pocket.

How Long Does Blockchain Development Take?

If you are into blockchain development, you need to ensure that you follow the best industry practices. This is what leads to flawless quality factors. Are you in need of Blockchain developers? Contact us.

We are experts with 5+ years of industry experience. We promise a quick turnaround and a simplified process in terms of Blockchain development. Let’s connect and discuss
on your further requirements. 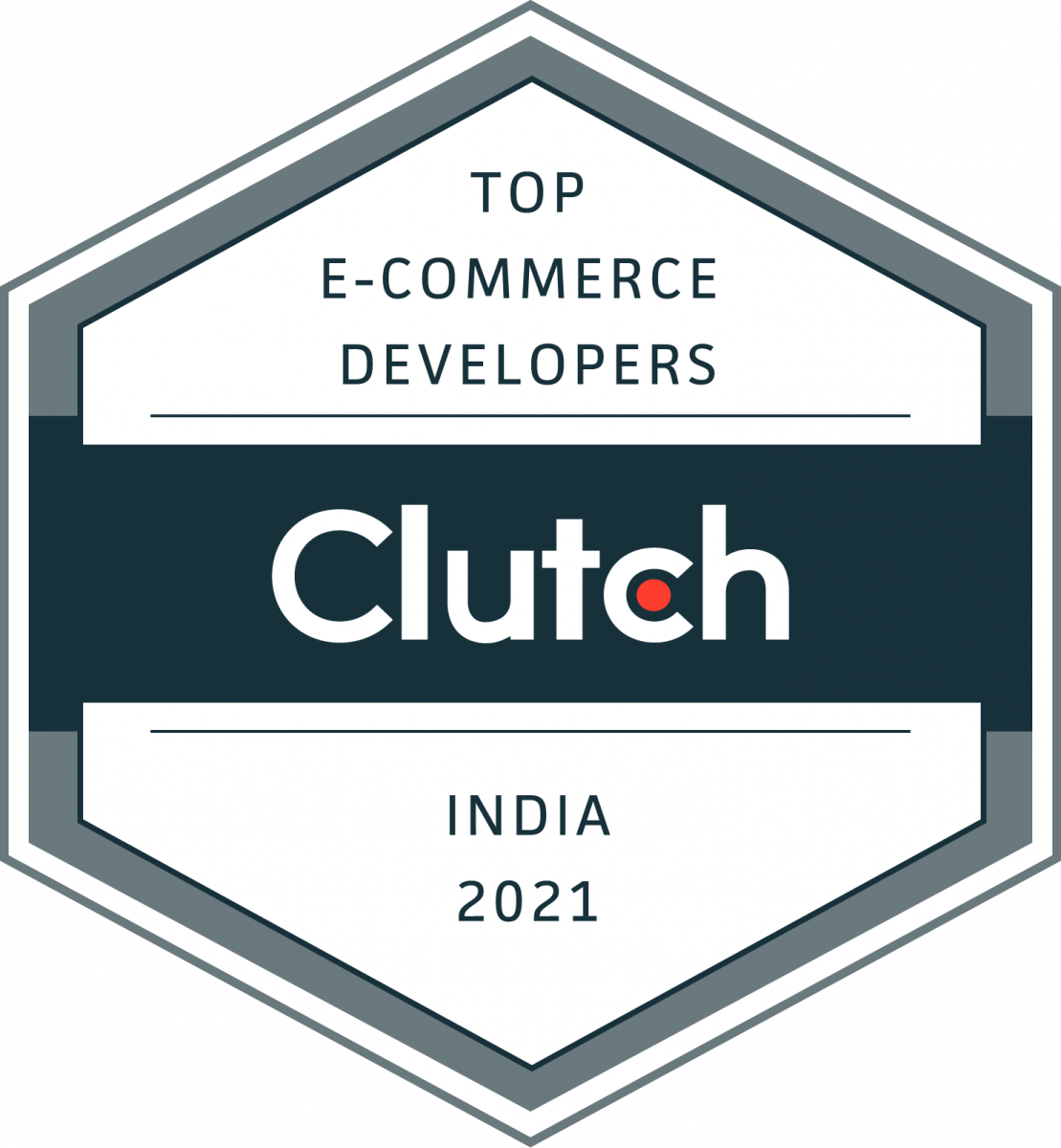 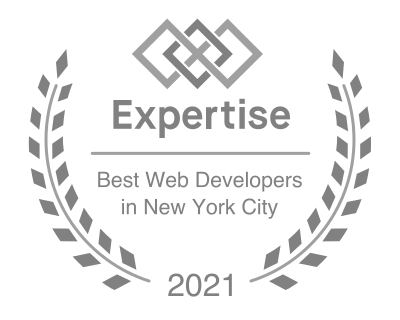 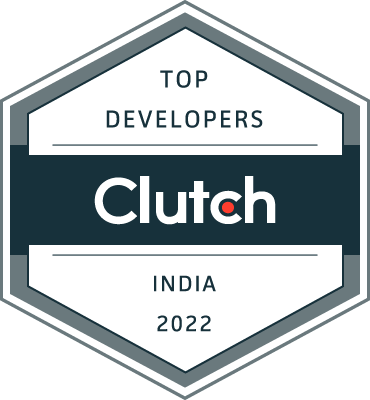 HOW MUCH DOES YOUR PROJECT COST?
CALL WRITE CHAT

Leave Your Phone No

and we will contact you for details about your project.

Let’s talk about your project

Get a free, tailor-made project estimation in a business day

Book your FREE 30 minutes consultation with